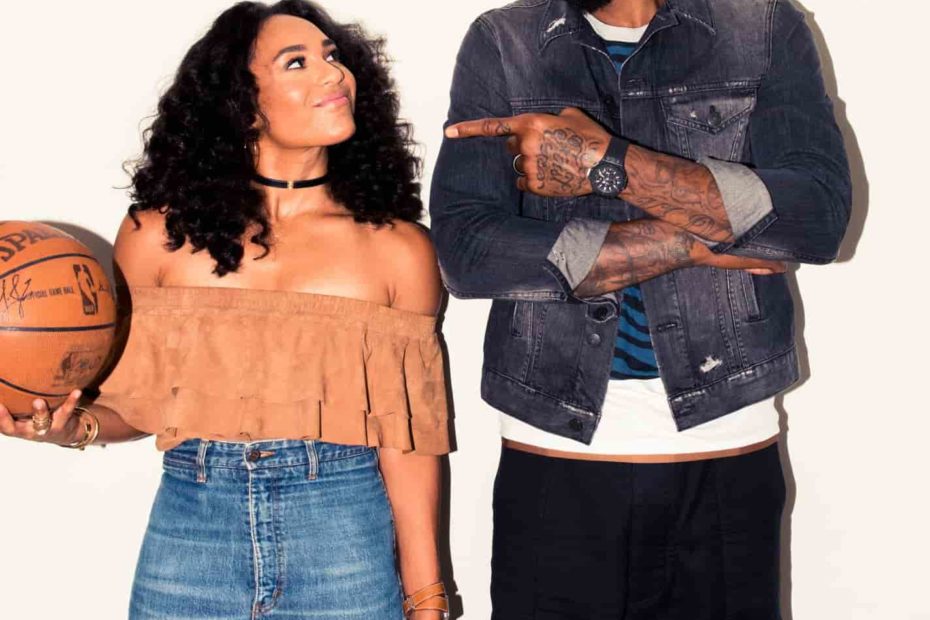 Udonis Johneal Haslem, known professionally as Udonis Haslem, is well-known as an American professional basketball player for the National Basketball Association (NBA) team, the Miami Heat. He was born on the 9th day of June 1980 in Miami, Florida.

Since his first contract signing on the 6th day of August 2003, he has been with the team since his debut in the NBA. Udonis has since won three championships in the league, namely in 2006 and back-to-back titles in 2012 and 2013. 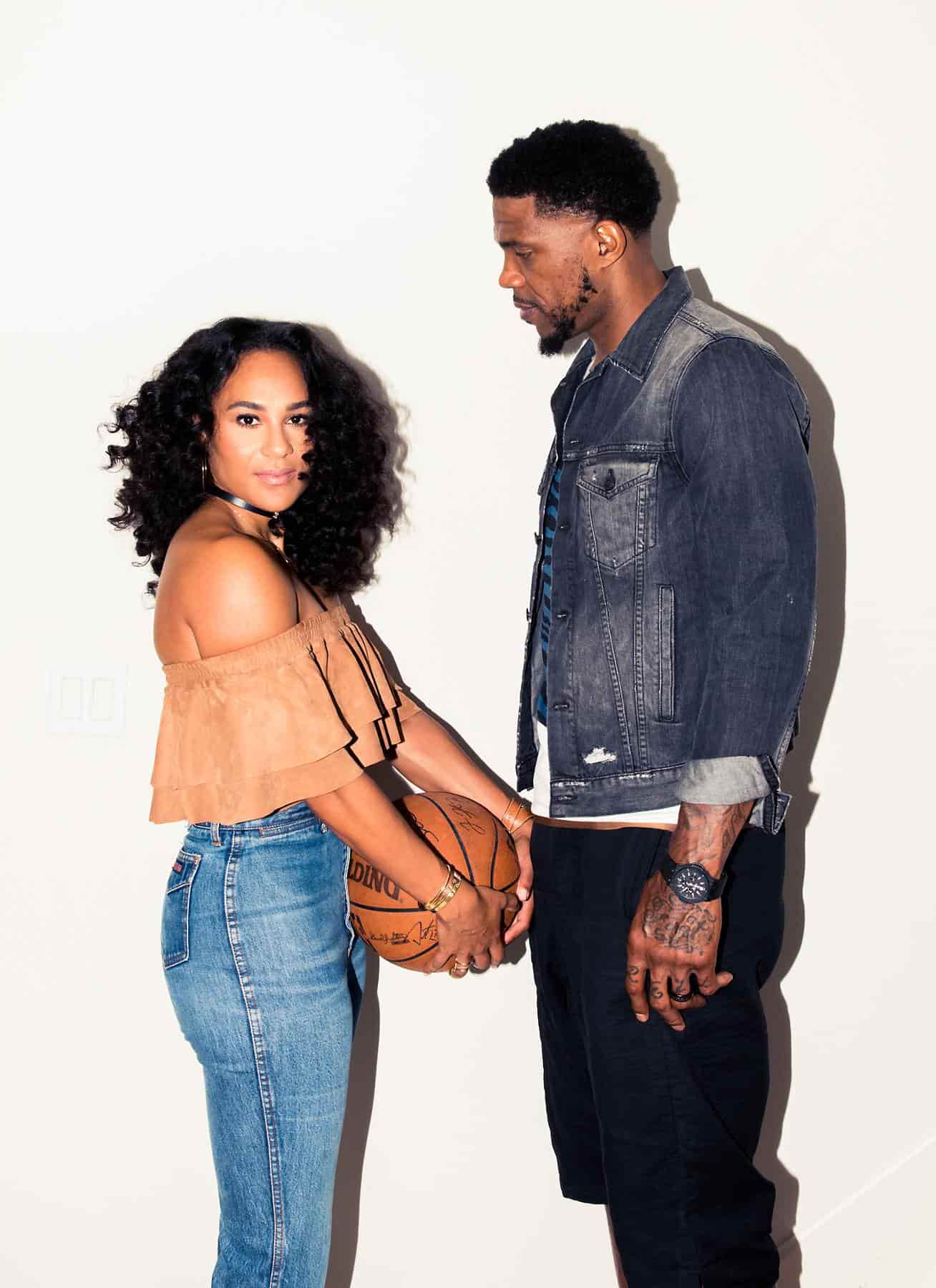 The NBA player has been head over heels in love with his college sweetheart and now wife, Faith Rein, since he first laid eyes on her during their time together at the University of Florida in Gainesville, Florida. The wedding, which they had planned for several months, finally took place at the Four Seasons Resort Palm Beach on the 24th day of August 2013.

They dated for a total of 14 years before getting engaged to each other. When she first encountered him in 1999 at the University of Florida, she competed as a member of the Florida Gators track and field team.

She then dated a football player while Udonis was with a volleyball player. They would sometimes see each other in the hallway, but Faith and Udonis did not talk to each other again until the following school year.

In May of 2001, she had already broken up with the football player. She was involved in a long-distance relationship with a track star after Udonis’ former girlfriend cheated on him with another basketball player. He regarded her as exceptional due to the fact that she was humble and did not boast about herself. However, when she did discuss her history, he found it intimidating to listen to her.

Faith, on the other hand, was captivated by his free-flowing conversations, which not only highlighted his intelligence but also highlighted the significant differences between their childhoods.

At present, they are the parents of three sons as a couple. The family of five live in their residence in Southwest Ranches, Florida.

Udonis Haslem’s wife was born Faith Davida Adjowa Rein on the 7th day of April 1981 in Fairfax, Virginia, to her Jewish father, Richard Rein, and Baptist mother, Gloria Rein, a graduate of Temple University. Her older siblings include her big brother Gabe, who works as Manager CRM Systems at NBA, and her sister Shanelle, who works as an editor at People Magazine and a staff writer at StyleWatch in the past.

By the time she was ten years old, she had already won the national championship in the 100-meter dash. During their time at the University of Florida, Udonis Haslem’s wife was a standout track athlete.

In addition, she was a fine example of academic excellence throughout her time in the Centerville High School class of 1999 before she went on to pursue higher education. Through regular practice of yoga, this stunning fashionista, who also serves as the owner and editor-in-chief of the website StyleUncut.com, maintains her toned body in pristine condition.

Moreover, Faith has been a dedicated wife to Udonis and the mother of their children.

He had a previous girlfriend in high school whom he had a son with. Moreover, Udonis was dating a player on the University of Florida’s volleyball team before he dated Faith; details, however, have been scarce since. 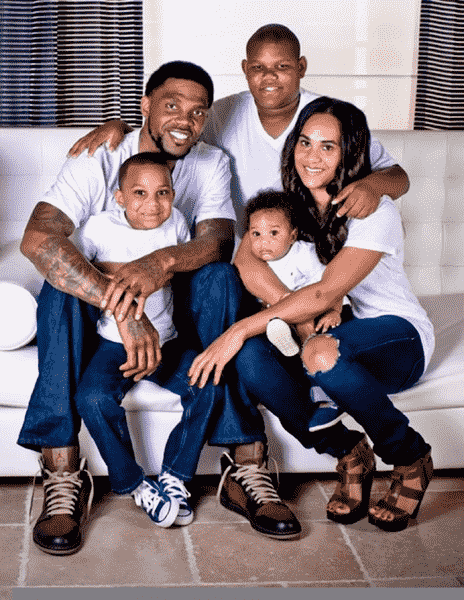 Udonis Haslem with his wife, Faith Rein-Haslem, and their kids

He has one son from a high school affair and two children with his wife, Faith Rein.

He is Udonis’ son from an undisclosed high school girlfriend. However, Kedonis’ mother and birth details have been unrevealed.

His second child was with his now-wife. Josiah was born on the 8th day of January 2007, making him fifteen years old.

Udonis and Faith’s youngest child was born on the 18th day of February 2011, making him eleven years old.

While the basketball player was in his final year at Florida and Faith was in her junior year, she became pregnant with his child. This occurred around the same time that he was well on his way to becoming an NBA prospect.

A lack of financial resources, as well as the couple’s and each of their individual career goals, put the couple in a position where they had to make a difficult but seemingly necessary decision. He already had a son with a high school girlfriend, so he was well aware of the challenges and potential setbacks a second child could present.

Nevertheless, money was the primary factor in this decision, and to put it another way, the timing was terrible. Abortion was a choice that the couple arrived at together while remaining supportive of one another.