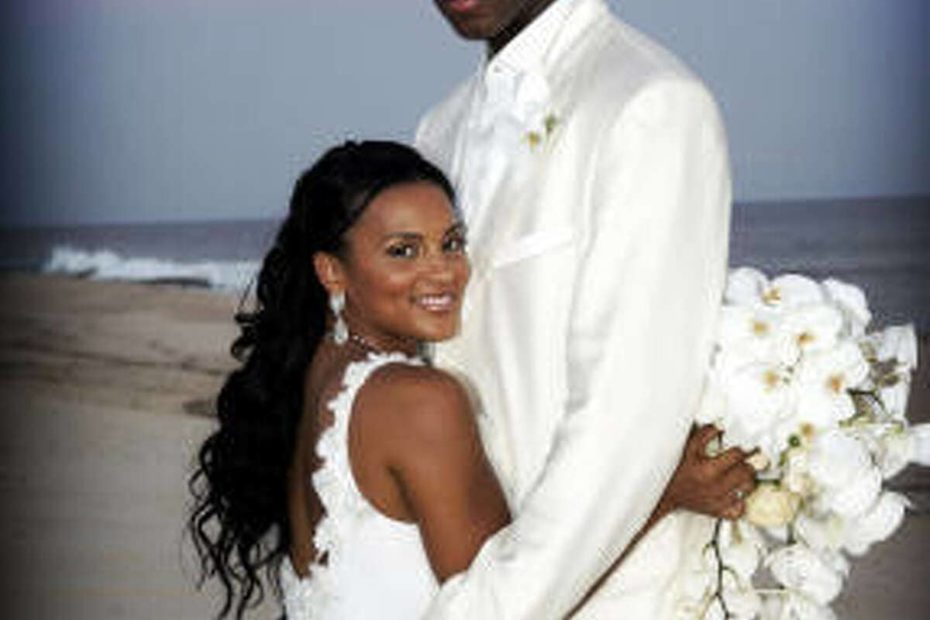 Ever since he was selected by the Toronto Raptors as the 1997 NBA Draft’s 9th overall pick, he had played for other teams such as the Orlando Magic, New York Knicks, and Detroit Pistons, among many others. He was born on the 24th day of May 1979 in Bartow, Florida, making him forty-three years old.

Learn more about Tracy McGrady’s wife, CleRenda McGrady, and their married life. Furthermore, check out the details of his affair with Pearl Vega and see info about his kids! 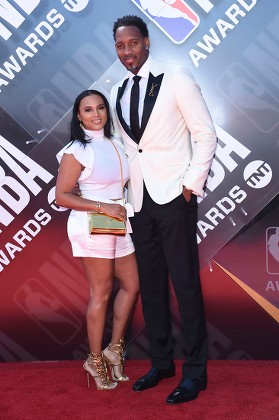 The former NBA star has married his wife, CleRenda McGrady, since 2006. As per numerous reports online, they dated for a decade before the couple’s union.

Tracy and CleRenda tied the knot on the 12th day of September 2006, and it took place in Los Cabos, Mexico. The wedding ceremony was officiated by Kirbyjon Caldwell, a known former pastor who had previously served as the senior pastor of Windsor Village Methodist Church.

Their two children, born before their marriage, have significant roles in their parents’ wedding. The bride, CleRenda McGrady, was accompanied by her partner and their then-nine-month-old son, Laymen, as they walked down the aisle.

In addition, Layla Clarice, their daughter who was only three years old then, was asked to be a flower girl. After three weeks, they celebrated with their friends in his home in Sugar Land, Houston.

McGrady’s friends Dikembe Mutombo, Juwan Howard, and Yao Ming were among the 125 people who attended the event. Since their marriage fifteen years ago, the power couple has never been apart.

Following his retirement from the NBA after the 2013 season’s finals, he has devoted his full attention to being an excellent partner and parent. They have been extremely fortunate to have each other as spouses who place a high value on the well-being of their family above all else.

The married couple lives in Sugar Land, Houston, Texas, with their four children.

Tracy McGrady’s wife was born CleRenda Harris on the 24th day of November 1974 in Winston-Salem, North Carolina. The information regarding her parents and siblings has not been disclosed since.

Aside from being recognized as Tracy McGrady’s wife, she is known for her work as an author whose books have sold a large number of copies, as an inspirational speaker, as a life coach, and as a philanthropist. Additionally, she is the founder of PUSH Girls Academy, which is a mentorship and scholarship program for high school girls to inspire and empower young women to achieve success in challenging environments.

CleRenda formerly worked as a presenter for Thryv 360 TV and was a speech therapist in 1998. She attended North Carolina State University, earning a bachelor’s degree in Communication and a master’s degree in Education, majoring in Speech-Language Pathology.

Moreover, Tracy McGrady’s wife recently became Dr. CleRenda Harris McGrady on her Doctorate graduation at Baylor University on the 17th day of May 2022.

In 2005, he had a sexual encounter with the model Perla Vega, who was seven years his senior and had previously given birth to an illegitimate child in November that same year. However, she did not end up becoming his girlfriend as he was in a relationship with CleRenda at that time.

In 2007, Pearl took him to court and demanded financial support for an illegitimate daughter who was barely two years old. Her demand was $33,000 apart from the annual payment of $54,156 to ensure their daughter’s education and basic needs were met.

At that time, the court mediation was unsuccessful due to the fact that McGrady’s attorney believed that this was an extremely unreasonable request. Taking into account his commercial endorsements and the privacy of his children, the attorneys for both sides of the case, hoped that the issue could be kept under wraps during the trial. 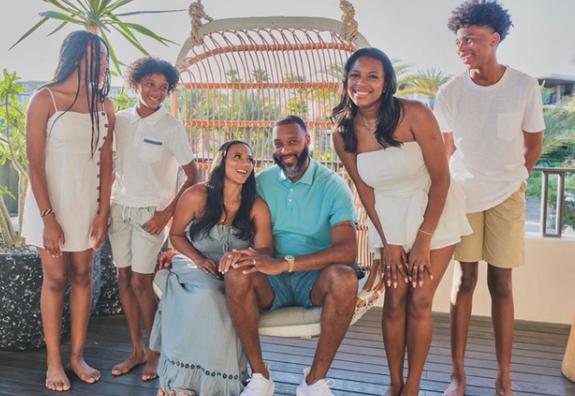 Tracy McGrady with his wife, CleRenda McGrady, and their kids

He has five children, four with his wife and one with Pearl Vega.

She is their first child, born on the 25th day of January 2003, making her nineteen years old.

His daughter with Pearl was born in November of 2005, making her sixteen.

Tracy and CleRenda’s subsequent child, Laymen, was born on the 27th day of December 2005, making him sixteen now.

His fourth child and third daughter were born on the 14th day of November 2007, making her fourteen years old now.

His youngest child was born on the 3rd day of April 2009. He is now thirteen years old.