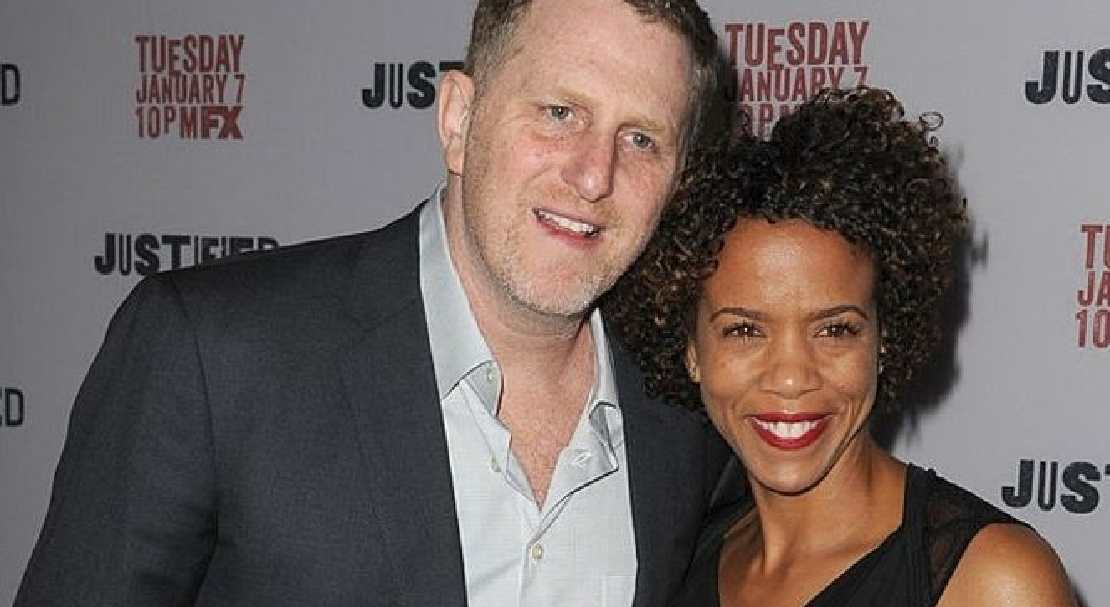 With immense talent in acting and a great sense of humor, Michael Rapaport has become a very famous actor across the United States. Michael David Rapaport is a well-known comedian actor, born on March 20, 1970, who has appeared in over sixty movies so far. Furthermore, his most famous work includes a significant role in the sitcom movie The War At Home. Yet, Michael’s trash-talking habit is what most people remember about him.

It appears that Michael’s admirers were shell-shocked to see him living together with Kebe Dunn. There were so many elements in Michael’s new relationship that fans could not intake. Firstly, people were in disbelief that Michael and his wife, Nichole Beattie, were out of touch as they had no idea of their divorce. Secondly, everyone took Michael as a mean racist, just like his character of Remy from Higher Learning. People thought he was the same in real life, too, until he married his new wife, Kebe, a black American.

No wonder fans are eager to know more about the actor’s newly wedded life off the screen ever since this shocking news made headlines.

Kebe is now popular as the spouse of the famous comedian Michael Rapaport. Despite the fame, Kebe’s personal life details are almost non-existent.

Regardless, Kebe is also someone familiar with the entertainment industry. Kebe Dunn’s IMDb profile reveals that she has specific movie roles credited to her name. So far, Kebe has performed in a 2005 film named Love for Rent and was the cast member of the 2012 tv series called In Session with Jonathan Pessin.

Similarly, reports also claim that she appeared in series like Larry David’s Curb Your Enthusiasm, The Wayans Bros, and Malcolm & Eddie. Recently, Kebe appeared with her now-husband in one episode of Tournament of Laughs on TBS.

Many may not be aware that Kebe has also tried her hands working behind the scenes. The 1994 horror movie Phantasm III: Lord of the Dead saw Kebe as a casting assistant.

Ever since becoming the wife of a significant figure in the industry, the fans are eager to know more about Kebe’s life and love story. However, Kebe has kept her traps shut. Thus, no information about Kebe’s birth parents and educational history is ready for us. Although, it is a fact that Kebe Dunn is a proud native of the U.S. with black ethnicity.

Moreover, it doesn’t look as if Kebe is captivated on any movie projects at this time. Hence, Kebe could either be living a celebrity life with Michael as a housewife. Or, Kebe might be keeping her career plans in the shadow at the moment.

We know that Kebe rarely makes public appearances let alone sit in an interview to talk about her love life. In times like this, one would expect answers from the prominent man, Michael Rapaport. Some reports claim that the 51-year-old and Kebe were friends since their 20s.

Kebe’s relationship with her now-husband dates back to the time before Michael’s first marriage, that is, during the early 90s. Michael even posted a photo of him and Kebe in 1994 wearing matching jeans outfit on his Instagram.

Perhaps there was some love brewing between the two since then, but the couple separated their ways back then as Michael then married Nichole Beattie, a film producer. On the other hand, Kebe just vanished. The reason and the time they went separate ways is still a mystery.

However, once Kebe divorced his first wife in 2007, his relationship with Kebe began sprouting again. Though Michael took nine years to re-marry, he decided to do so with the woman he knows best. Hence, Kebe and Michael once again started dating until 2016, when Michael finally proposed to her.

One would question Kebe’s choice as Michael is known as a foul-mouthed entertained his whole life. But Kebe knew what she signed up for and knew well how to keep him within his limits. Moreover, Kebe refers to Michael as a man-baby.

Regardless, Kebe has nothing but love for Michael. Recently, Kebe wrote a paragraph of extended praise for her new husband on her Instagram during his birthday. The caption stated that her husband was the fearless, funniest, generous, and loving creature she knew. Also, Michael, her other best friend, is the reason why Kebe likes to wake up every day smiling.

Kebe and Michael finally became an officially married couple somewhere in 2016. Their marriage happened to be quiet away from the public, but only close relatives attended.

Dunn and Rapaport are now a happy couple. However, the actress is in her 40s and has yet to have a child with Michael. Also, there is no report on whether Kebe has a child from her previous relationship if she had one. On the other hand, Michael is a father of two from his last relationship. Hence, Kebe is the stepmother of these two children. But it doesn’t seem like Kebe and her stepchildren live together under the same roof. 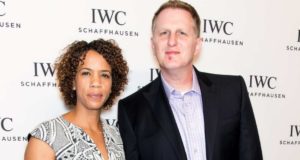 Regardless, Kebe often accompanies her husband during movie premieres and events. Kebe has a thing or two about the entertainer regarding his sense of humor. She is also actively posting on social media and posts pictures about their life together.