Marcus Rayshon Spears, known professionally as Marcus Spears, is an American former professional football player who had played as a defensive end for nine seasons in the National Football League (NFL). He played for the teams Dallas Cowboys and Baltimore Ravens.

Additionally, he earned consensus All-American honors when he had played college football for his attended institution, the Louisiana State University (LSU). Find out more about the former NFL player Marcus Spears’ wife, Aiysha Smith, in her Wikipedia-type biography and details about their marriage and kids. 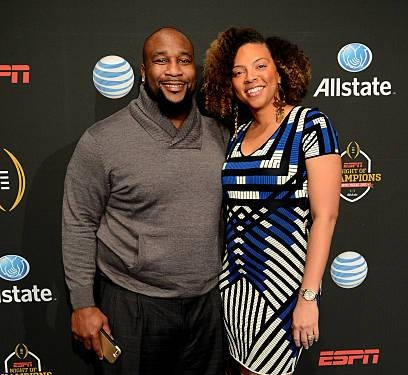 The former NFL defensive end had tied the know with his beloved half, Aiysha Smith. Though it has not been disclosed when they exactly first met and started dating, it is known that they went to the same university, which is in Louisiana State University, where they most likely had met.

Furthermore, their engagement and wedding details are still unspecified to the public. Since their first child, Macaria Reign, was born in 2007, it is most probable that they got married in 2006 or under.

In an Instagram photo posted by Marcus Spears’ wife, she had greeted him on their anniversary on the 8th day of October 2020, which makes it safe to assume that is their wedding date. Since it was made public, the married couple has had no rumors or issues about their relationship.

They reside in Southlake, Texas, with their three children.

Marcus Spears’ wife was born Aiysha Kenya Smith on the 18th day of July 1980 in Detroit, Michigan. It is unrevealed what her parents’ names are, but in 1993, her mother sadly passed away at the young age of 31 when she was only 13 years old; she had worn the jersey no. 31 to honor her age and her mother’s when she had passed away.

Due to the unfortunate death of her mother, she was raised by her maternal grandparents named, Mildred and Floyd Smith. She attended Bishop Borgess High School in Detroit, Michigan, played basketball, and won two state championships.

She received multiple recognitions, such as Miss Basketball by the Basketball Coaches Association of Michigan. She was ranked in the top 40 high school basketball players in the nation by Blue Star Reports.

She also played college basketball and went to St. Johns in her first year before transferring to Tyler Junior College. She was a member of NCJAA All-America and the Kodak All-America First Team in 2001; she was a Team USA alternate in the World University Games in 2001.

Subsequently, she transferred to Louisiana State University, where she was a part of the Kodak All-America First Team in 2002, was an All-SEC honorable mention in 2003, and had graduated in the same year; her college degree has not been disclosed. The Washington Mystics selected Marcus Spears’ wife in the 2003 WNBA Draft, where she played for sixty games and was a part of the team’s starting five.

She is handling TheMomAgentBox, a subscription box and sports mom community she had co-founded with Kia Vaughn, her best friend whom she met when they played college basketball. 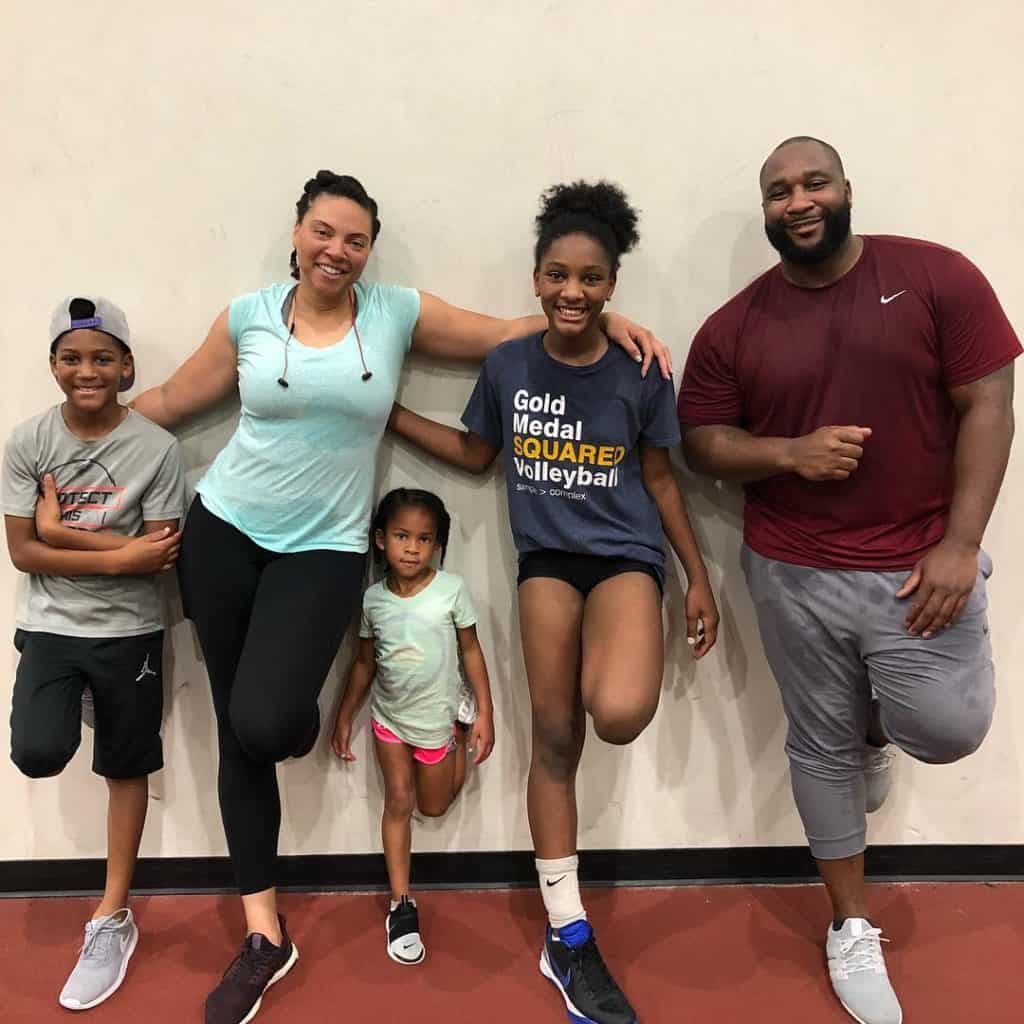 Marcus Spears’ wife gave birth to their three kids within the years of their marriage. They have two daughters and a son.

Macaria Regan was born on the 23rd day of February 2007 and is fifteen years old. She is the oldest child among her siblings.

He is their only son named after his father and was born on the 8th day of April 2009. He is presently thirteen years old.

She is the youngest daughter and child born on the 3rd day of April 2013 and is nine years old.