Lee Jung Jae is not Married to Wife. Dating a Girlfriend: Im Se-ryeong 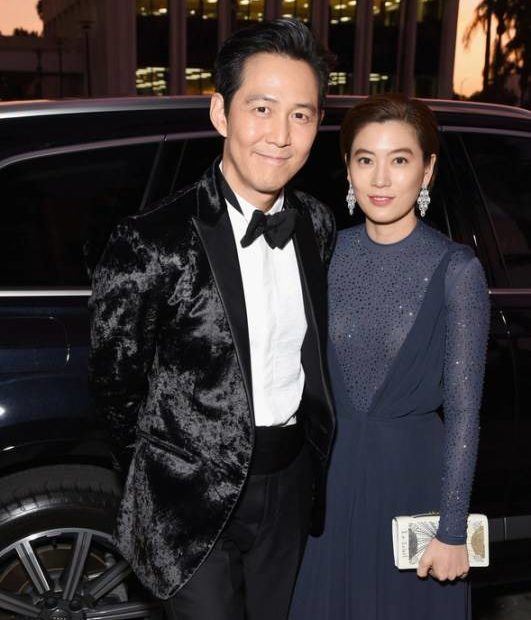 We all know that the groundbreaking Netflix show Squid Game took the world by storm when people were locked in their homes, and in the front of it, all was Lee Jung Jae. He is most notable for his role as Player 456 or Seong Gi-Hun on the show, where he became a global sensation, with people noticing him everywhere he went.

His casting role on the hit TV series got him many accolades in various award shows both in Korea and in foreign countries. In 2022, He won Best Actor in a Drama Series at the annual Critics’ Choice Television Awards and Best Male Performance at the Independent Spirit Awards alongside others.

In addition to that, he was also nominated for Best Actor – Television Series Drama at the annual Golden Globe Awards, giving pride to many Koreans across the world. But his talent and skill are not limited to his role in Squid Game.

He was already bagging consecutive awards since 1995 and has been a staple actor in the entertainment industry for almost three solid decades. It is only suitable that our beloved actor gets the recognition and praise for all the hardwork and dedication he poured throughout his career.

Who is the wife of Lee Jung Jae? We’ll answer his personal and romantic life questions in the article below.

Lee Jung Jae is not Married to a Wife. Dating girlfriend: Im Se-ryeong 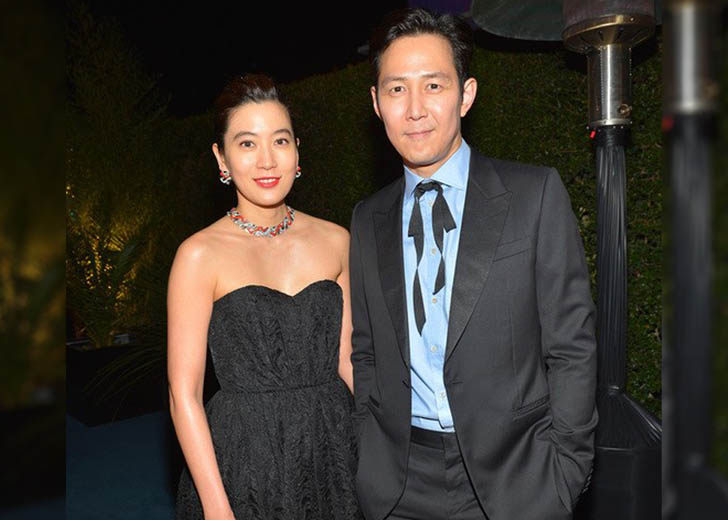 Lee Jung Jae’s wife may soon have a name because of the years of boyfriend and girlfriend relationship that the Squid Game star had. Lee Jung Jae’s soon-to-be wife is no other than the socialite and conglomerate heiress Im Se-ryeong.

Their relationship surfaced on the internet back in 2015 when the couple announced that they saw each other. There is no hint of doubt that his girlfriend has fallen in love with him; from his immense skill and talent, handsome face, attractive body, and a very bubbly attitude, it’s an instant green flag.

While the love birds have yet to announce any plans regarding their upcoming wedding day, people have speculated that it is only a matter of time before they state something to the public. Moreover, it has been seven years since they made their romantic connection public, so many believe it is only fitting for them to tie the knot.

As per a lot of people’s relationships, it’s only fitting that Lee Jung Jae’s future wife is someone that is of high stature, with a lot of power, wealth, and familiarity behind her. Im Se-ryeong came from a long line of millionaires and billionaires, explicitly being the granddaughter of one of Korea’s food giants.

The socialite’s grandfather is currently spearheading the Daesang Group, and it gave her the leverage to sit in one of its authoritative positions. She contributes her skill and knowledge from the degree that she got at New York University to further the corporation’s goals as Vice Chairman.

There is no denying that the star has a lot of charisma and prowess inside of him, making people like him and women fall in love with him. This fantastic actor has a beautiful partner and also had an outstanding ex-girlfriend.

Known for her roles in The Handmaiden and On the Beach at Night Alone, Mr. Lee’s previous lover is Korean actress and production manager Kim Min-Hee. The couple reportedly dated each other back in 2003, when they were still climbing the ladder of their successes.

Unfortunately, their love and affection for each other would end three years since they courted. In 2006, they would announce their decision to break up and continue their careers individually, following their paths separately.