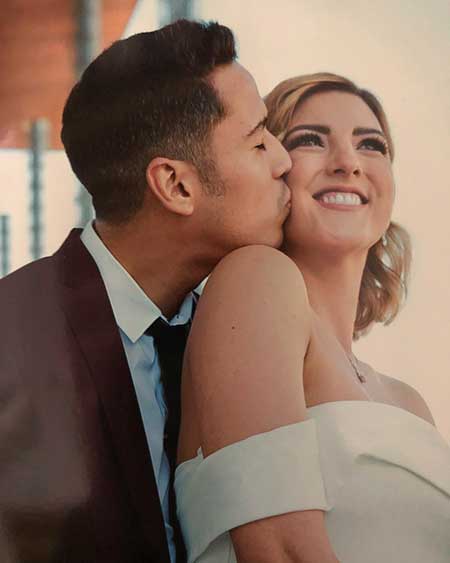 Julio Arturo Macias, known professionally as Julio Macias, is a well-recognized Mexican actor. He was born on the 20th day of March 1990 in Mexico City, Mexico.

During the first parts of his career in the entertainment industry, he could only do cameo appearances for movies, telenovelas, and television series such as Game Shakers, SinVerguenzas, Por Sofia, Jane the Virgin,  and La Vida Es Como el Cine.

In 2018, he finally had his breakthrough role in On My Block (2018 to 2021), a comedy-drama series, as Oscar Diaz, after having been acting since 2014. For the said television series, the Mexican actor received two nominations for the Imagen Awards due to his outstanding performances.

From 2020 to 2021, he portrayed the singer and songwriter Pete Astudillo in Selena: The Series, a biographical drama television series about the late Tejano singer Selena.

Learn more about Mexican actor Julio Macias’ wife, Shannon Schotter, in this article to follow up regarding their marriage and lives.

Also, see if the married couple already has kids! 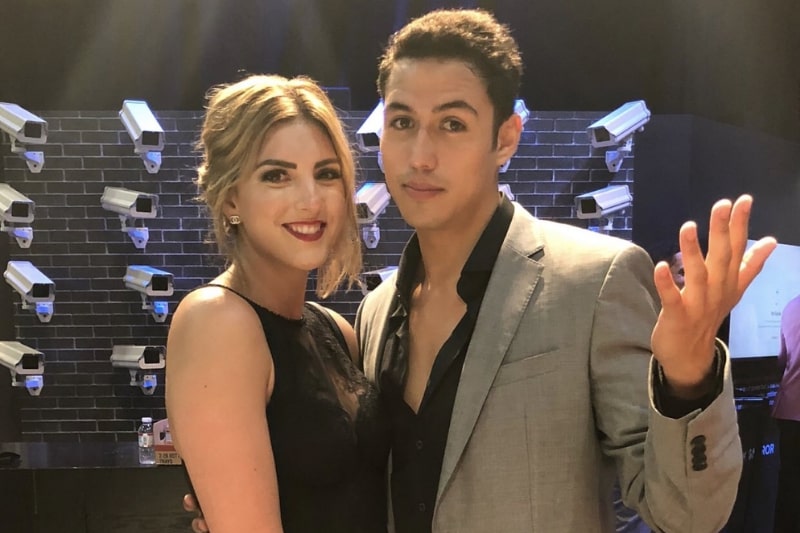 Even though he maintains a presence on social media, he does not frequently disclose details about his personal life. Let us try to explore the Mexican-born actor’s personal life in detail.

The On My Block actor is already married to his wonderful wife, Shannon Schotter. He has been seeing his wife since they were both relatively young, and they have been together for a long time.

According to some sources, he has been in an affair with Shannon since 2010. Since it became public that the two were having an affair, some tabloids have begun to speculate that Macias is already married to Schotter, who has been his long-term lover.

He does not discuss his connection with her in public, nor does he reveal details about it on any of his social networking accounts. However, it appears that his partner is not shy about discussing the nature of their connection.

On the 27th day of November 2015, Shannon published a photo on her Instagram account with the remark, “Every day I’m thankful for four years of adventures together!”. They did not start to date until November of 2011; it is not known when or how they first encountered one another.

On the 15th day of June of 2018, Julio and Shannon became man and wife in a wedding ceremony that was held privately. They now live in Los Angeles, California, having been married for almost four years.

Julio Macias’ wife has not disclosed anything about her personal life ever since her rise to fame and career started. The only thing available on her Facebook account is her current residence and hometown in La Mirada, California.

Furthermore, her husband revealed the information about his wife’s upbringing in Orange County during an interview with HollywoodLife. Shannon Schotter, married to Julio, has been a professional in the beauty industry as a hairstylist, makeup, and special effects artist for 18 years.

She already had a keen interest in women’s clothing and cosmetics during her youth. At 18, she began her professional study and eventually got a license to practice cosmetology. After that, Julio Macias’ wife continued her education at MUD, where she improved her skills in the applications of cosmetics, injuries FX, and prosthetics.

Over the past decade, Shannon has maintained a career as a freelance makeup artist who spends most of her time traveling for work throughout various places in the United States. Because of her work in commercials, films, television, and music videos, she has had the opportunity to collaborate with artists. These artists include Keegan Michael Key, Danny Trejo, and Kathryn Hahn.

Julio Macias and his wife are both at the pinnacle of their careers. The former is keeping himself occupied by working on various projects, while the latter, Shannon, is increasing the scope of her job. Despite appearing to be relatively content and secure in their relationship, they have not yet discussed the possibility of having any kids.

They have not shared details about their plans and objectives with the public as parents. Despite this, the married couple can have some quality time together.