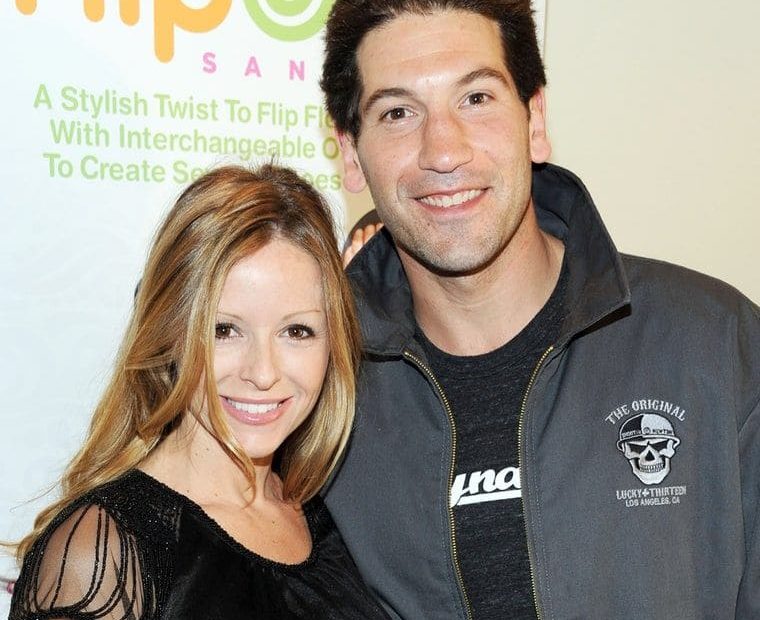 Jonathan Edward Bernthal, known professionally as Jon Bernthal, is a renowned American actor born on the 20th day of September 1976, making him 45 years old. He rose to recognition for his portrayal of Shane Walsh on The Walking Dead, AMC’s horror series, where he was the first two seasons’ starring cast member of the show’s run.

Bernthal gained more prominence for his portrayal as The Punisher in the Marvel Cinematic Universe (MCU). Jon made his debut in the role during the second season of the action series Daredevil, which aired on Netflix in 2016, and went on to star in his eponymous series from 2017 to 2019.

Check out this article about Jon Bernthal’s wife, Erin Angle, to discover the specifics of their lives and marriage. Also, information about the American actor’s kids! 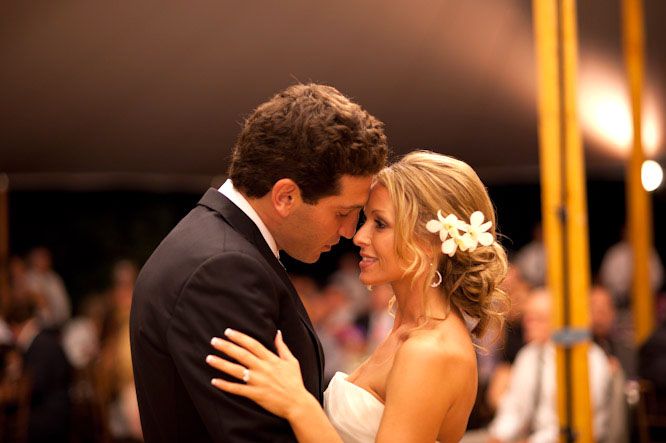 According to Express, Bernthal first met Angle in 2000 at a party held to welcome the actor who played The Punisher. After arriving back in Washington, DC, from his trip to the Moscow Art Theatre in Russia, he looked across the room and noticed Angle chatting with some of his friends.

Since then, the couple has never been apart, except for a brief separation just before they married in 2010. Willie Nelson, a musician, was instrumental in assisting Bernthal in mending the bond between the two parties.

On the 25th day of September 2010, he tied the knot with trauma nurse Erin Angle, the niece of retired professional wrestler Kurt Angle. Alma Becker, his acting instructor, officiated the couple’s wedding.

The ceremony took place in Potomac, Maryland. According to US Weekly, he told Men’s Health, “I know this is the corniest thing in the world,” then he proceeded, “But when I saw Erin, it was literally like angels were singing.

I had never seen anyone so beautiful.” They have three children: a daughter named Adeline and two sons named Henry and Billy.

Ojai, California, is where Bernthal, Angle, and their children call home.

Jon Bernthal’s wife was born on the 20th day of November 1977 in Pittsburgh, Pennsylvania, to an unidentified brother of Kurt Angle and Cindy Abondanza Angle; she is 44 years old. She has four sisters, namely Jackie, Cassidy, Kristen, and Lea, and a brother named Mark.

She went to Canon-McMillan High School. She graduated with a bachelor’s degree in nursing in 1998 from the Indiana University of Pennsylvania.

In 2008, she acquired a master’s degree in anesthesiology from the University of Southern California. 1999 marked the beginning of her career as a registered nurse.

In addition, before devoting all of her attention to her responsibilities as a wife and mother, she worked as a nurse anesthetist at Harbor-UCLA Medical Center. “My wife is a trauma nurse.

She earned her pay during that time,” In 2018, Bernthal said the following about his wife to Esquire: “She comes from a family of champion wrestlers. She understands me,” he carried on. 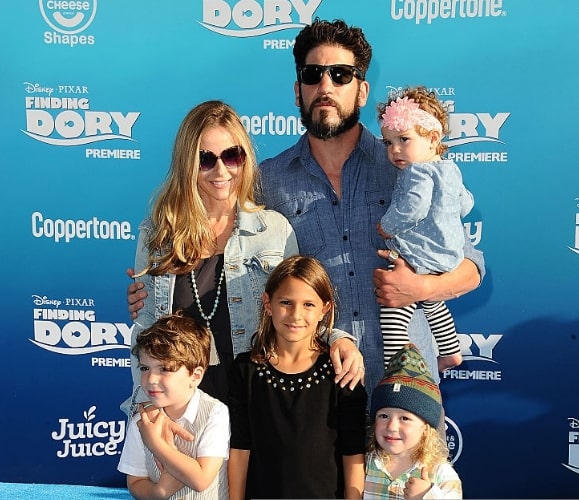 Jon Bernthal with his wife, Erin Angle, and their kids, Henry, Billy, and Adeline Bernthal

He is their subsequent child, born in January of 2013

Adeline is their youngest child and only daughter, born in February 2015. In 2017, she was diagnosed with encephalitis, which led to her falling into a coma.

Her parents did not leave her side for the next three days till she emerged from the coma and regained consciousness. Since then, she has made a complete recovery from her illness.