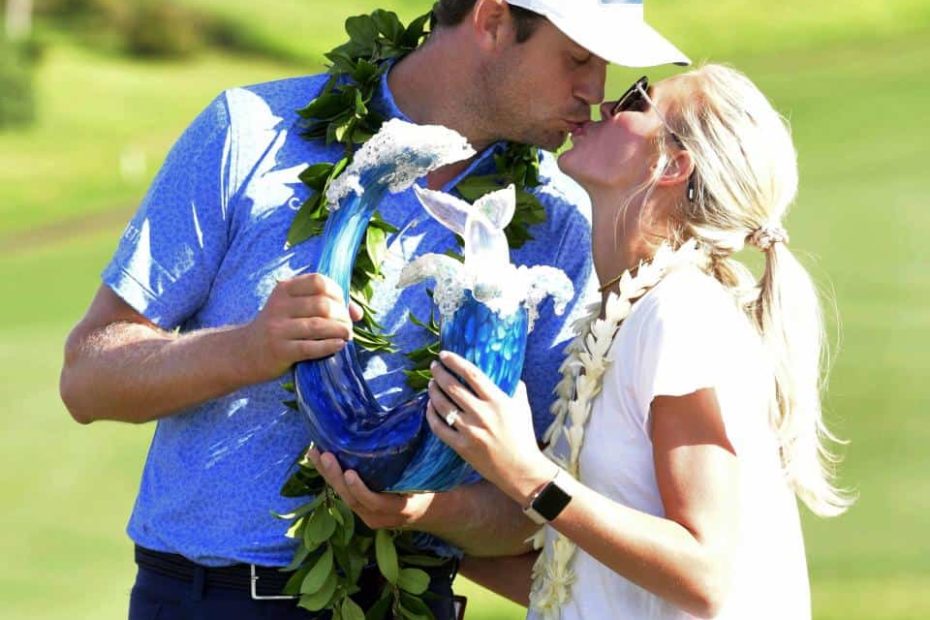 Harris English is a well-recognized American professional golf player born on the 23rd day of July 1989 in Valdosta, Georgia; he is 32 years old. He is a member of the PGA Tour, where he also competes in the main professional golf tours arranged by the organization for men.

The professional golfer is the only child of Martha and Ben English. He attended The Baylor School for his secondary education and graduated in 2007.

Subsequently, he went to the University of Georgia and finished his business degree in Consumer Economics in 2011. Learn more about Harris English’s wife, Helen Marie English, and their lives and marriage.

Furthermore, learn if they have kids. 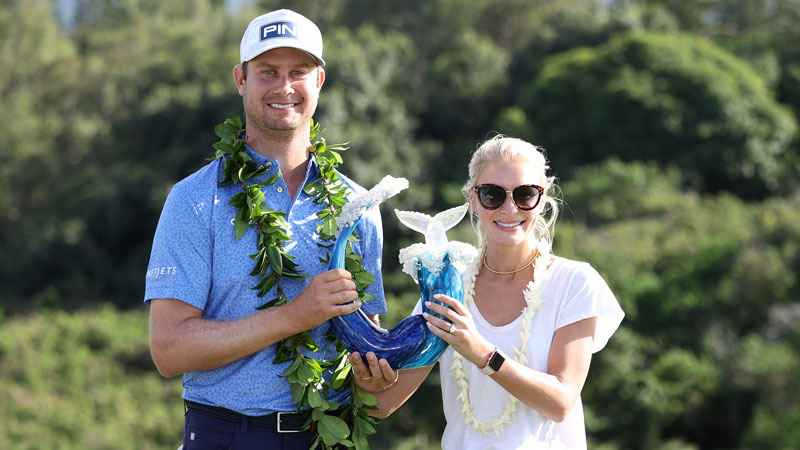 The American professional golf player has been married to his wife since 2017. Let us take a look at their relationship and marriage.

Helen Marie English, Harris English’s wife, was also a student at the University of Georgia between 2010 and 2014. Therefore, it is generally safe to conclude that they first became acquainted when they were still students at the university.

According to sources, their wedding took place on the 11th day of February 2017, and The Ocean Forest Golf Club in Georgia is where the event reportedly took place. Other than that, not much is known about her outside of the context of that event.

She has been with him for all of his competitions and events, supporting him throughout despite his matches’ results. They now live in Sea Island, Georgia, which is the home of other professional golfers such as Keith Mitchell, JT Poston, and Patton Kizzire, among others.

Having been married for a few months, close to five years, the married couple has not had any controversy put within their union. They had not had anything negative possible to strain their romance.

Harris English’s wife was born Helen Marie Bowers on the 1st day of July 1991 in Greenwich, Connecticut, to her parents, Paul and Helen Hoehl Bowers. She is presently thirty years old.

Helen Marie has five siblings: four brothers named Miles, Clayton, August, and Chapton, and a sister named Elizabeth. She attended Greenwich High School in her hometown before studying at The University of Georgia, where she met her husband, though what she took for college has been unrevealed.

Even though she is mainly known as the golf player’s wife, she holds herself well as a real estate agent with her work based in Athens, Georgia. As per reports, she started in a real estate company as an assistant before learning her way to becoming an agent.

She has been in the industry as a real estate agent for nine years and shares her work through her Facebook account. Apart from the stated details, Helen Marie has not revealed any further details about her life.

Helen Marie English does not have a Wikipedia profile yet. As soon as a profile of Harris English’s wife is made available, we are sure to revise this article’s information.

The American professional golf player reportedly does not have kids of his own yet. Despite having been married for almost five years, the couple has not had any children yet and has not reported any pregnancy since their union.

It seems that they are still enjoying their time and moments with each other before deciding to add another life, one they make, into this world. They are both still at their young ages and are still focusing on their separate careers and milestones in life.