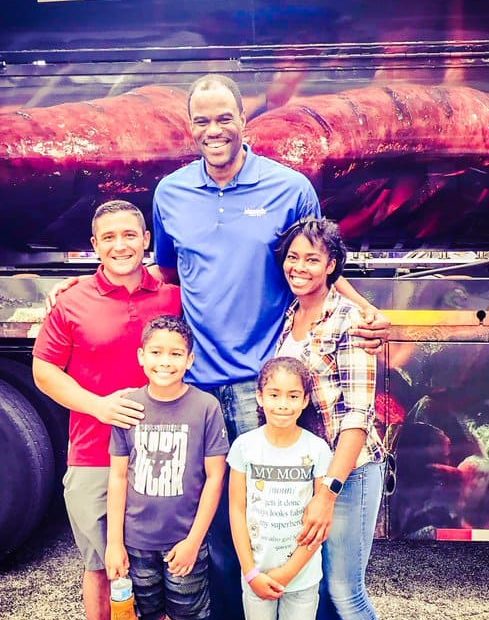 If you’re a fan of 90’s basketball, then you know the time when a player had a quadruple double. That player was David Robinson. David Robinson is a former professional basketball player in the United States who was a ten-time All-Star.

He was famous for his time playing for Coach Pop and the San Antonio Spurs. He also served for the U.S. Navy, giving him “The Admiral.”

On August 6, 1965, Robinson was born in Key West, Florida. But he grew up in the streets of Woodbridge, Virginia, because his father was working for the U.S Navy and had to relocate.

He was an excellent student and a great athlete at the same time. David went to Osbourn Park High School, where he was honored with all-area and all-district awards.

During his college, Robinson played for the  United States Naval Academy. He grew taller and went over the limit of 6 ft 6 which hindered his work in U.S. Naval Ships.

The Admiral’s NBA career started with the San Antonio Spurs. With Robinson’s arrival, the Spurs were contenders for the Championship title.

In 1995, David won the Most Valuable Player award. And with fantastic team play, he won the Championship in the 1998-1999 season.

Curious about the celebrity’s life? Read this article as we reveal more information about David Robinson’s Wife: Valerie Hoggatt, and their relationship.

David Robinson is Married to his Wife: Valerie Hoggatt 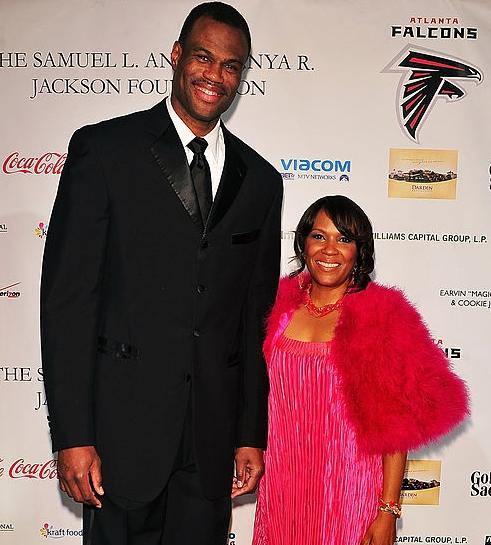 During David Robinson’s prime, he had the attention of men and women because of his unique features and physique. But the all-time great is already married.

Valerie Hoggatt is David Robinson’s wife. The two have been married for over 30 years.

The couple tied the knot in a private wedding in 1991. Before their marriage, David became a born-again Christian.

Since then, they have had a stable relationship and built a huge family around them. Robinson also said that his family gives importance to their faith and kindness to one another.

The Admiral has a good taste when it comes to women. This is proven by his long-time wife, Valeria Hoggatt.

David Robinson’s wife is a philanthropist. She is the co-founder of the IDEA Carver, which allows studying for those who are less fortunate.

She spends most of her time doing charitable work and taking care of their family. Unfortunately, not much information is available about David Robinson’s wife. 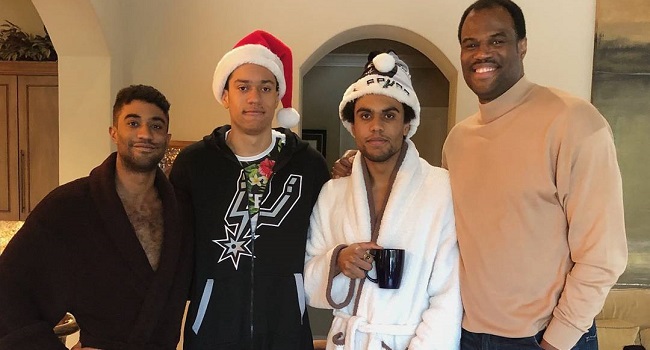 David Robinson with his kids, David, Jr., Corey, and Justin

David and Valeria are blessed with a beautiful family. Their love for each other resulted in three amazing kids.

The lovebirds’ firstborn is David Jr. He is a director at the Weston Urban company.

Their second-born son is Corey. He played collegiate basketball before stopping because of multiple concussions.

Their youngest is Justin. He played basketball professionally for the Mornar Bar of Erste Liga.