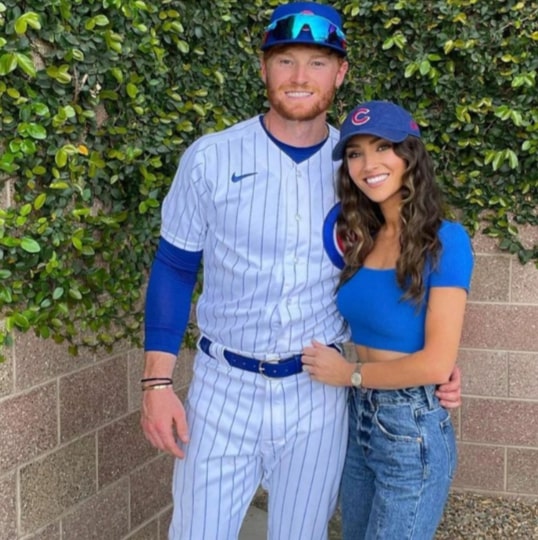 He was selected by the Cleveland Indians as the 1st round 5th overall pick during the 2013 MLB Draft and was with the team until 2016. Subsequently, the baseball player was traded to the New York Yankees prior to the Cubs.

Learn more about Clint Frazier’s relationship with Kaylee Gambadoro and their lives together. Also, check out his dating history and kids! 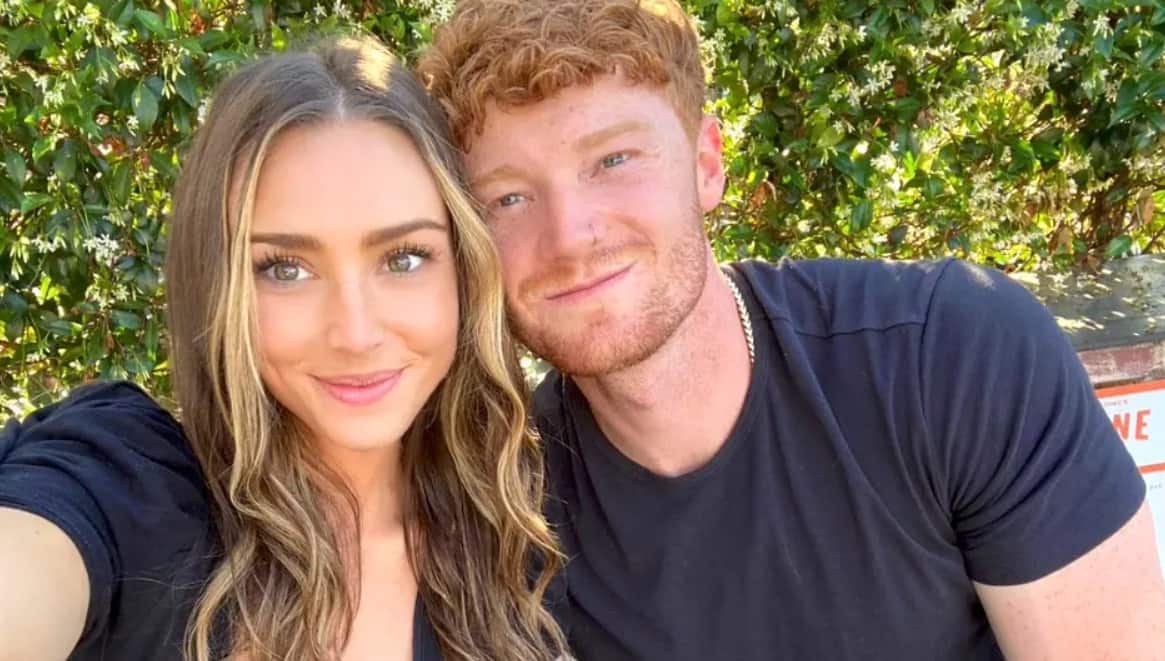 The baseball outfielder is not married to a wife. He is, however, engaged to his fiancée, Kaylee Gambadoro. He has always maintained a level of transparency regarding the nature of his relationship with her.

He uploaded a post on social media that included a number of photographs taken at the romantic event on the 17th day of July 2021. The proposal took place when the pair were enjoying dinner at The Fleur Room in Manhattan along the breathtaking skyline of New York City, and it came as a complete shock to Kaylee.

The evening featured a table lighted by candles that were set with champagne and strawberries coated in chocolate. In one of the photos, the couple is shown clutching the menu, which features a message on one of the pages that reads, “I love you, Kaylee, will you marry me?”

One photograph featured an up-close view of her oval-cut diamond ring, which complemented her grey and white-striped manicure design very nicely.

The proposal was made public just a few short months after the pair celebrated their first year anniversary of being together. We are yet to hear news of her becoming Clint Frazier’s wife.

She was born Kaylee Denise Gambadoro on the 17th day of November in Phoenix, Arizona, to her parents, Patti Gambadoro and John Gambadoro, a host of 98.7 FM Arizona Sports. She has a younger siste named Gabriella Gambadoro.

Prior to making her decision to attend Loyola University in Chicago in February 2013, she received her high school education at Desert Vista High School. Kaylee adores competing in several athletic pursuits.

Throughout her school and college years, she was known for her skill on the soccer field. She got her start in the sport at the age of seven, when she joined Gilbert Arsenal.

Later, the future wife of Clint Frazier went on to play for Ladybugs and Sereno after that. A talented soccer player throughout her school and college years, Kaylee also enjoyed competing in other sports in her free time.

Kaylee has dated other athletes in the past, so her fiancé is not the first. She began a relationship with Philadelphia Phillies outfielder Scott Kingery in March of 2018.

Kaylee completed the necessary training to become a pediatric medical specialist on the 16th day of February 2021. Her husband-to-be was so pleased with her accomplishments that he even posted a message on Instagram to share them with the world.

The Lower Manhattan Dialysis Center is where she works at the present time. During the time when he was dealing with significant health concerns, she was there for him and assisted him in adopting a diet that was focused on reducing inflammation.

While talking about Kaylee’s new venture in the health industry, he admitted that he needed to make significant changes to his diet while he was looking for answers about his health. Frazier continued by saying that he saw changes in both his appearance and how he felt.

Before dating Kaylee, he was in a relationship with Faith Jewkes. It appears that they began dating sometime in the early part of 2017, judging by the content of her social media posts.

According to a source, he even said that he would marry her after his career’s end. However, after spending some time together, they eventually went their own ways in 2019.

At this time, Clint Frazier does not have any children, especially since he has not been married. Once he does, we will let you know about them.