Buddha, born Lucas Ramos, is an active Twitch streamer and gamer with 774,000 followers. He is better known for his portrayal of the character Lang Buddha.

Prior to transferring to Twitch, he initially started in 2016 within the NoPixel community, where he mainly played as the mentioned character Lang who is widely loved by his supporters.

He founded the Cleanbois, formerly known as Leanbois – a gang in the community. In addition, he has also founded and privately owns the Rooster’s Rest, a local establishment in NoPixel.

Lucas Ramos was born on the 8th day of October 1982, and he is currently 39 years old. He resides in Ontario, and he is of Canadian nationality yet has Chinese descent.

He has not disclosed his parents’ names but has mentioned growing up with his grandparents.

To learn more about Twitch streamer Buddha’s love life and facts about his wife, read this article below.

Buddha has been married to his wife, Abby Ramos since 2019 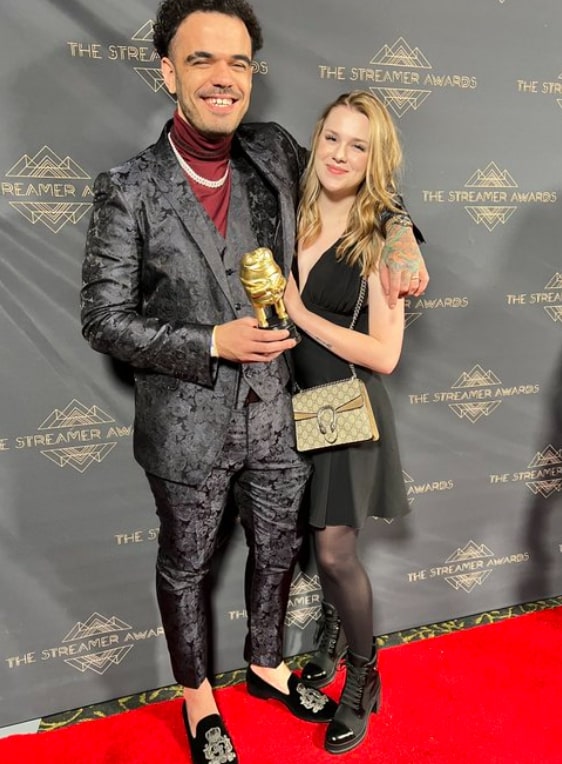 Buddha with his wife, Abby Ramos

Hints of the streamer and his partner’s first interaction were dated as early as 2018 but maybe earlier because of them both being private until Buddha announced on his Twitter and Instagram their engagement on the 23rd day of February 2019, where he has attached a photo of Abby’s hand with an engagement ring.

Based on their social media accounts, Abby was born on the 22nd day of June 1997, and she is presently 24 years old. Like her husband, Abby also has a Twitch account created in October 2014, where she shared that she is from the east coast of the USA.

She likes to play anything from GTA roleplay to FPS games and takes live streams from time to time. She actively joins and goes to the platform’s convention called TwitchCon.

Sadly, there is not much data regarding Abby Ramos, and we have not found any Wikipedia profile of hers, but we will update as soon as we see one.

Since Buddha and Abby’s marriage in 2019, there have been no reports and updates of them having any children or getting pregnant.