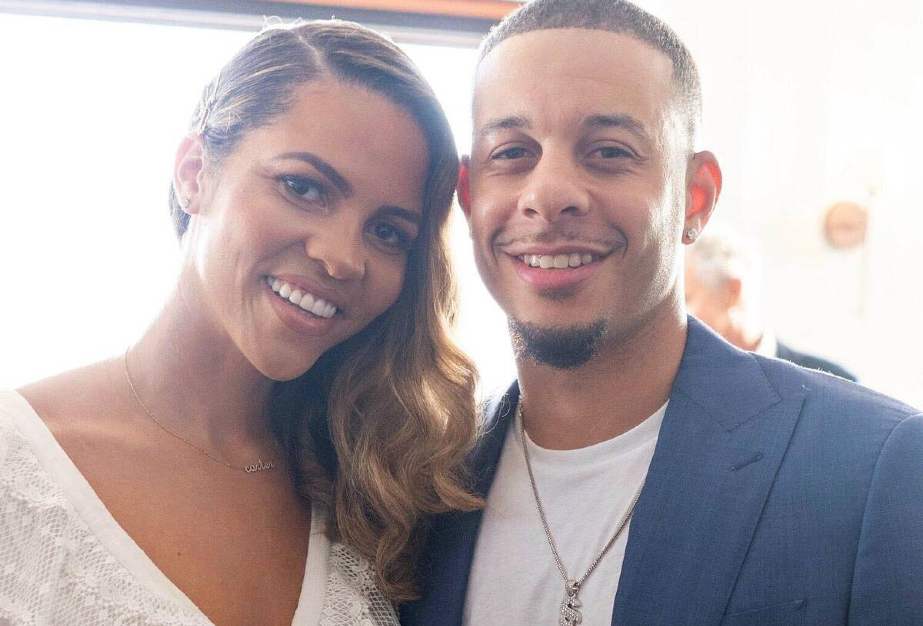 Seth Adam Curry is a basketball player by profession. The sibling of renowned Stephen Curry, Seth currently plays for the team Philadelphia 76ers associated with NBA. From a young age, he followed his father and brother to many NBA games. As a result, he grew fond of Basketball and started playing officials games for his schools since then. Being a son of a pro Basketball player Dad and volleyball player mom, the Curry brothers flaunt unrivaled sportsmanship in their play.

Today, we discuss Callie Rivers, the wife of a popular NBA star. Additionally, we’ll include some wiki facts and personal information about Callie Rivers.

Callie Rivers is the Wife of Seth Curry

Callie Rivers and Seth Curry knew each other from a young age. Their families entertained each other and had pretty solid bonds. Callie River was the daughter of Seth’s coach Doc Rivers. Being a Volleyball player herself, Callie was enchanted by the sportsmanship shown by her husband-to-be. Callie had previously played volleyball at the semiprofessional level and won the interstate championship with her high school.

When Austin Rivers, brother of Callie and a popular NBA star, heard that Callie was dating an NBA player, he was pretty disappointed. Basketball is a competitive sport that requires a lot of dedication and travel. So he thought his sister would be heartbroken at some point. After he heard that Seth Curry was dating his sister, he was pleased as he knew Seth to be a good man.

Seth and Callie engaged in 2019 on Valentine’s Day. The couple exchanged wedding vows on September 14, 2019. Seth wore a pinkish suit, and Callie wore a beautiful white gown for their special day. Mrs. Curry shared the wedding pictures in this post on her Instagram handle. 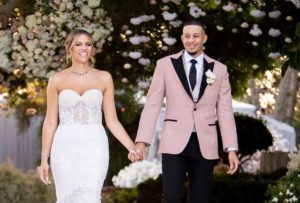 In May 2018, Callie gave birth to a baby daughter. Baby Carter Curry is three years old as of 2021. Recently, Callie also wished for her birthday in an Instagram post that features Carter and her father. The baby was born a year before their marriage.

Education: Graduated from University of Florida