Nirmal Purja is a Nepal-born naturalized British Mountaineer famed for starring in the Netflix documentary film 14 Peaks: Nothing Is Impossible (2021). In the movie, he, with his team, climbed all of the fourteen eight-thousanders in six months and six days with supplemental oxygen aid.

The expedition called Project Possible had earned him and his team multiple world records. Continue reading to discover more about Nepal-born British Nirmal Purja’s wife and their relationship details.

Also, find out whether they have kids.

Nirmal Purja is married to wife Suchi Purja since 2008 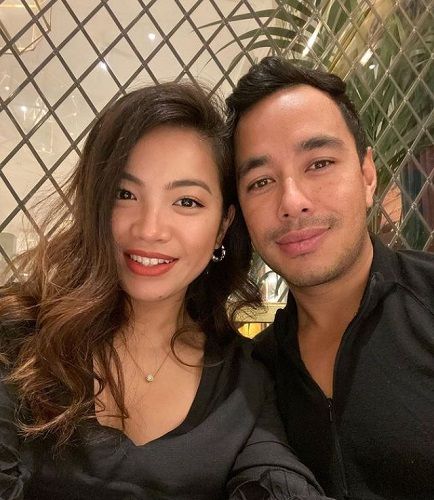 The Nepali world record holder is a married man. According to sources, he met a woman named Suchi Gurugng in the early 2000s, yet it is uncertain exactly how they met and when they were engaged.

However, what is certain is that they got married at a young age. On the 1st day of January 2008, they wedded, and Suchi became Nirmal Purja’s wife in Nepal before their family and friends.

Their relationship has been excellent as they have been supportive of each other’s endeavors for the past fourteen years since their marriage, with no rumors of separation. They currently live in Hampshire, South East England, with their lovely dog, Enzo.

Nirmal Purja’s wife was born Suchi Gurung on the 11th day of November 1988 in Nepal to parents Tej and Suku Gurung; she is 33 years old. Her father and her brother, Tejan Gurung, are Gurkha soldiers.

Like her husband, she is a naturalized British citizen despite being Nepali at birth. She is also fond of mountaineering and sometimes joins him on his trips.

Where she attended high school is unrevealed, but she attended the University of Portsmouth Dental Academy, where she graduated in 2017. Nirmal Purja’s wife works as a Dental Hygienist and Therapist at Solutions Dental Clinic, located in Winchester, England.

Apart from her job, she is a part of the two companies of her husband, Nims Dai Ltd and Mountain Philosophy, as one of the directors in both organizations. She has been a supportive wife and was described by Nirmal as a mentally-strong fantastic person.

We, unfortunately, have not found any Wikipedia profile of Nirmal Purja’s wife, Suchi Purja, made yet. Once her profile is available, we will immediately update this article’s information.

The mountaineer was born on the 25th day of July 1983 in Dana, Myagdi District, Nepal; he is 38 years old. He came from a low-income family, along with his three brothers and a sister, who was socially disfavored because of their parents’ dissimilar backgrounds, a Gurkha soldier and a farmer.

Though he was Nepali at birth, he currently holds British nationality. In 2003, he became a member of the Brigade of Gurkhas and Special Boat Service of the Royal Navy in 2009, where he was the first Gurkha in the elite British Unit, then resigned in 2018.

There have been no rumors, news, or indications of Nirmal Purja’s wife being pregnant or giving birth since their union fourteen years ago. As of the present, the married couple, Nirmal and Suchi, do not have any kids.

They seem to enjoy each other’s company before bringing a little one into this world.