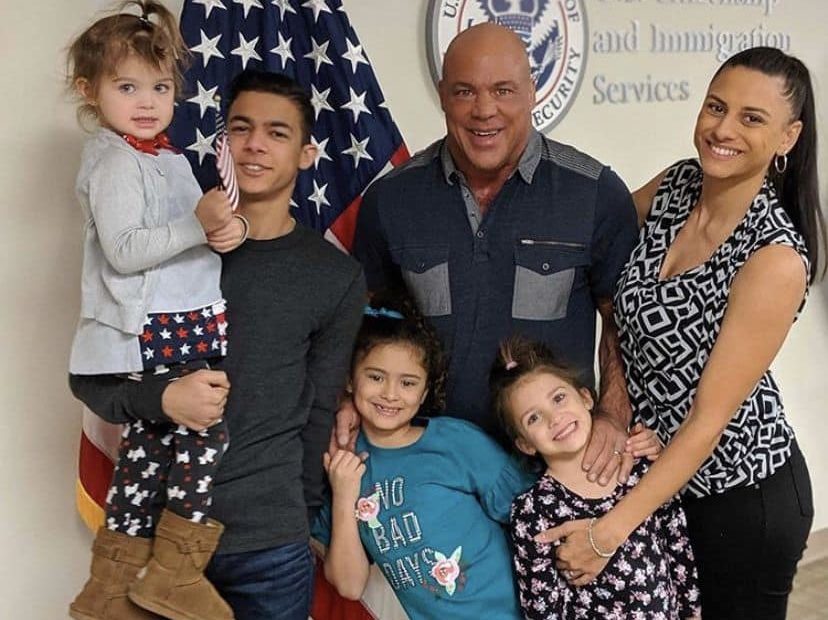 Kurt Steven Angle, known professionally as Kurt Angle, is a renowned American former professional wrestler who is mainly recognized in World Wrestling Entertainment (WWE), Total Nonstop Action Wrestling (TNA), and as a World Champion heavyweight wrestler. He is an Olympic gold medalist who represented his country in the 1996 Summer Olympics.

Discover all about Kurt Angle’s wife, Giovanna Angle, marriage, and life. Also, find more about his kids and previous relationships as you read into this article. 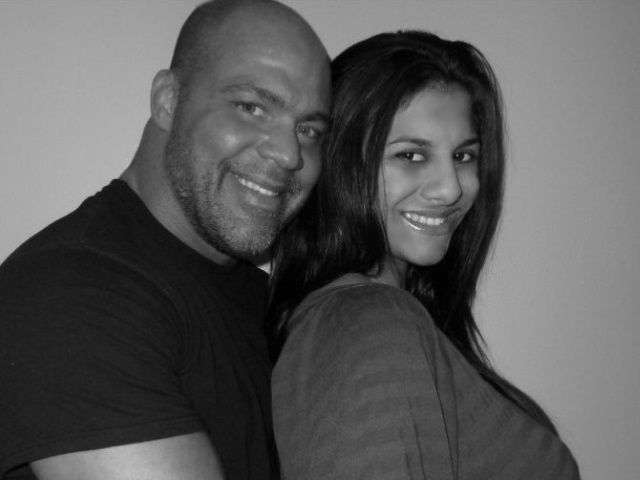 The former professional wrestler already has a partner for life; Giovanna Angle, an actress. In 2009, they first met on set during the filming of End Game, where they had minor roles, and she did it as a last-minute replacement as a favor for her best friend’s father.

Not long after, they started to date each other as they were both smitten immediately, and her help during his rehabilitation had especially connected them. The announcement of their engagement came a year after dating in April of 2010.

Finally, she became Kurt Angle’s wife on the 20th day of July 2012. The private wedding ceremony took place in Pittsburgh, Pennsylvania, where his brother, Eric Angle, was his best man.

They now live happily in Coraopolis, Pennsylvania, and their kids, have no reports of separating despite being married for almost ten years.

They were raised through Christian beliefs by their parents. She went to Bethel Park High School before attending the University of Pittsburgh, where she had dropped out to pursue a modeling and acting career.

She has appeared in notable television series and films, including My Bloody Valentine, Sorority Row, and The Twilight Saga: New Moon. Additionally, she worked as a stunt double, and she was previously actress Rosario Dawson’s stand-in and photo-double in the 2010 film, Unstoppable.

Giovanna Angle’s Wikipedia profile is not yet made. As soon as a profile of Kurt Angle’s wife is available, we will quickly update this article’s data.

He has had a previous marriage and relationships with other women before his marriage with his current wife.

He was married to his ex-wife, Karen Jarret. They had met in 1996 before dating a year after.

On the 19th day of December 1998, they married but unfortunately separated in 2007 and were officially divorced on the 26th day of September 2008 after she filed for divorce. In a 2009 Howard Stern Show interview, he admitted to cheating during their split in 2007, where she had dated another wrestler to get back at him.

The said wrestler was Jeff Jarrett, whom she later married and is her husband.

He dated the American radio personality in 2009. He had proposed to Robin via text; however, she felt the need to decline him due to a personal reason and had a feeling it was unreal.

Their affair was short-lived since they broke up the same year.

He dated fellow TNA wrestler Trenesha Biggers in 2008 until they split up in 2009, and she filed assault & harassment charges against him on the 6th day of August 2009. She voluntarily withdrew her protection order later, and the charges were dropped as there was insufficient evidence. 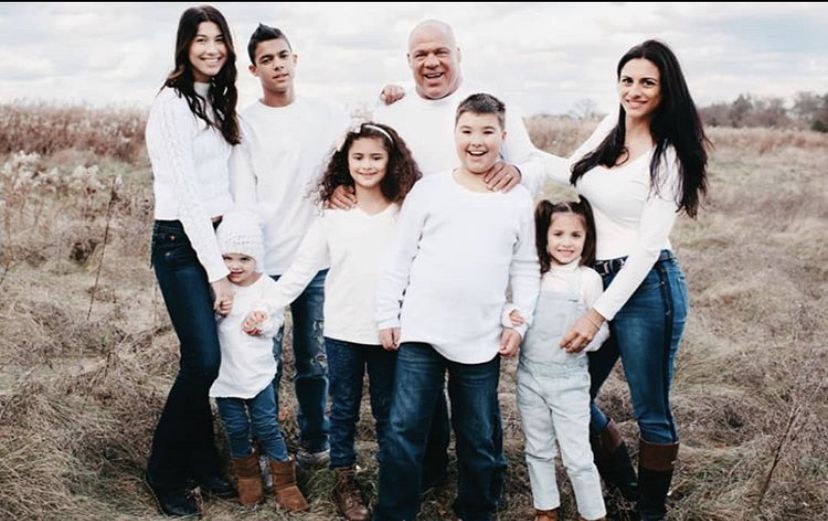 Kurt Angle with his wife, Giovanna Angle, and their kids

She is his first child with his previous partner, Karen, born on the 2nd day of December 2002 and is aged 18.

Giuliana is his daughter with his current wife, Giovanna, born on the 22nd day of January 2011, and she is aged 11.

She is the subsequent daughter of the married couple to Giuliana. She was born on the 31st day of December 2012, and she is nine years old.

She is their third daughter together, born on the 5th day of November 2016, and she is five years old.

He is their adopted son from Bulgaria after eighteen months of the adoption process and almost fifteen months of the legal battle. They had decided to adopt an older one despite kids over ten not getting adopted. He became their fourth child on the 10th day of June 2019.