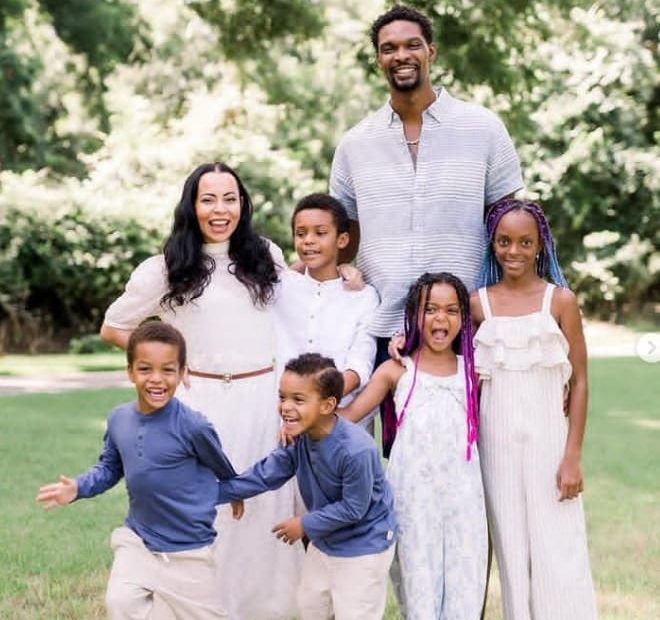 Christopher Wesson Bosh, also known as Chris Bosh, is a former NBA basketball player from the United States born on the 24th day of March 1984 in Dallas, Texas, to parents Noel and Freida Bosh, yet was raised in the Dallas suburb, Hutchins.

His NBA career started on the 8th day of July 2003 when he was selected fourth overall by the team, Toronto Raptors.

Read on to learn more about Chris Bosh’s wife, family life, and kids. Check this article out!

Before Chris Bosh’s present wife, Adrienne, the retired NBA player dated Allison Mathis from 2002 to 2008, and they had a daughter named Trinity during their relationship.

Chris Bosh has been married to his wife, Adrienne Williams Bosh, since 2011 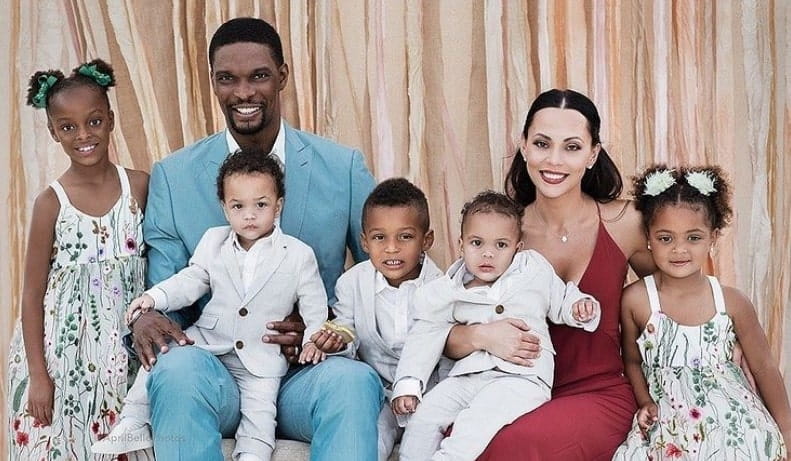 Chris Bosh with his wife, Adrienne Williams Bosh, and their kids

On the 16th day of July 2011, Chris Bosh’s girlfriend, Adrienne, married him at the Fontainebleau Resort located in Miami, Florida.

According to sources, the couple’s wedding cost around $300,000 with 300 guests, including NBA stars Dwyane Wade, LeBron James, Juwan Howard, and other celebrities. 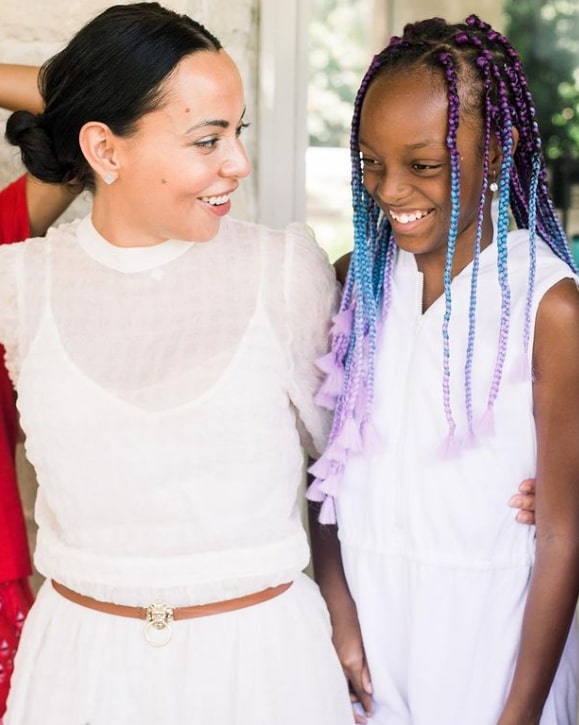 Currently, she is a businesswoman and philanthropist. She owns the online boutique Sparkle and Shine Darling and is the Vice President of Team Tomorrow Inc.

Adrienne Nicole Bosh was born on the 17th day of April 1985 in Vevay, Indiana.

She started competing in beauty pageants at seven years old and began modeling at 12 years old; she later did theater and gymnastics in Switzerland County Senior High School and graduated in 2003.

Unfortunately, there is no available Adrienne Williams Bosh Wikipedia profile. As soon as one is available, we will update this article. 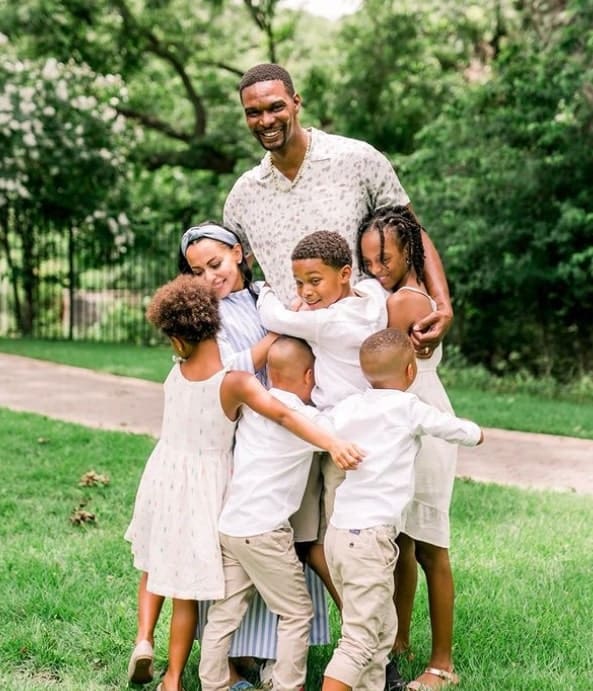